Image by Emer Iglesias from Pixabay

Senegal, a Francophone West African country populated by different ethnicities which turned the culture into quite a melting pot, its music, art and culinary habits derives largely from Wolof sources but has been heavily influenced by other groups among them the Fulani the Serer the Diola the Malinke and the Soninke. It’s Capital; Dakar showcases perfectly how diverse the country is so if you happen to pass by here are the top 10 things to do while in Dakar.

If you are into life by night, the Almadies is the place for you, restaurants with breathtaking views of the ocean, night clubs and beachside coffee shops, drinks are illuminated by equally colorful lights, live music is a staple in many bars. That area doesn’t sleep until dawn, It also has a Casino if you are gambling fanatic, we can call the Almadies neighborhood the Vegas of Dakar.

The Gorée Island is a small island located in the south of Cape Verde and could only be reached by the port of Dakar, a constant reminder of the side in black history we wish to forget, it was the site of one of the European power settlements in Western Africa and long served as an outpost for slaves and another merchandise trading, the remains of the colonial-era attract tourists such as The Maison des Esclaves (Slave House), the island is considered a UNESCO World Heritage site, you can use the help of tourist guides or you can opt for discovery alone, it is a place to be visited.

This small beautiful island 3 min away from Dakar with a small motorized pirogue that drives people between the island and the mainland all day long, head on to the large hut in the middle of the Plage de Ngor where the boats leave, tickets are sold there and they are pretty cheap. The Island offers restaurants with views on the beach; you can enjoy a good grilled fish and attieke couscous at the Oasis restaurant, accompanied by a very fresh gazelle (local soda). Surf enthusiasts can take the huge waves north of the island at the Surf campus, it certainly retains a distinct charm.

An archipelago (many small islands) located off Dakar 20mins away, It is made up of two islands, the larger of which is Île au Sarpan, and the smaller one, Île Lougne, they offer an environment as rich as it is varied with more than 101 species of trees including the Tamarind, Euphork… They grow like lianas to escape the effect of the strong sea wind. The dark big rocks decorated with white stains from birds gives it a mystic vibe probably the main reason why people love to visit, the island is uninhabited no houses nor restaurants people picnic there and enjoys the beautiful yet very agitated beach.

This 49 meters monumental high bronze statue in the capital Dakar symbolizes the triumph of African liberation; it was exposed to the public in 2010 to memorialize Senegal’s 50 years of independence from France. It is taller than many monuments one of them the New York City’s Statue of Liberty and Rio de Janeiro’s Christ the Redeemer. You can walk around the base for free and the entry fee is for the interior of the monument, Inside the base of the monument is art exhibitions devoted to celebrating the best leaders of Africa and the Diaspora, there are also several artworks on display with aspirations of Africa’s prosperous future which pay homage to its past. There’s a free guide to show you around the whole place, He speaks both French and English. An elevator takes you up to the head of the male figure showing you an expansive view of Dakar.

From it real name Lake Retba, it is more commonly referred to as Lac Rose “Pink Lake” because the water does turn into a very pastel pink during the dry season due to the chemical reaction of saltwater and microscopic algae. The natural setting is lovely, near the beachside you might think you are in a desert because of the white sand dunes, then a little further you have a lake atmosphere with some restaurants around it and hotels you can ride quads on the dunes, locals offering boat rides; you can also have a swim if you like. One thing to recommend is not missing either a sunrise or sunset over the lake, as the glow of the rising/setting sun on the pinkish water is especially impressive. Hundreds of people work for the extraction of salt the harvested salt is then sold to intermediaries who market it in town.

If you want to experience the liveliest part of the city Marché Sandaga is the place to be, the main market. It’s one of the oldest markets in Francophone West Africa, and easily one of the biggest. The setting combines Art Deco shapes with a  – rather disturbing – colonial appropriation of African elements, except the markets have very much outgrown the buildings that were constructed by the colonizers. They instead filled the streets with outfits, shoes, jewellery and fabrics stores for several blocks in every direction. It is indeed a very hectic, shoulder to shoulder experience, with some car traffic and street food sellers adding their own spice to the mix but that is what makes it so special, fun and welcoming.

The Kermel market located in the center of Dakar is inside a very aesthetically pleasing building from the 1860s, a pretty round hall worked with iron and brick of Arabic inspiration, it was destroyed by a fire in 1994 and rebuilt identically in 1997, it is classified as a historic monument. The large clock at the entrance to the market used to ring at exactly noon to strike the closing time. At the Kermel market, you will find everything from vegetables to fruits, fresh fish and meat but right at the door, a hallway filled with wooden artistry, jewellery, paintings and handmade statues, a joy for the eye.

A very calm and wooded place filled with different tropical trees and hides a calm lake, the Hann Park is like a natural resort with a typical style Zoo inside of it, right in the heart of the capital, you can get away from all the noise and go where you breathe deeply without risk to your health…Today there are almost three hundred species of Senegalese flora around the zoo and, in the zoo, 134 animals.

those with artistic eyes would enjoy the Museum situated in the center of Dakar near the Canal Olympia Cinema, It has been recommended that all pieces that were sequestered from sub-Saharan Africa without the consent of their countries of origin be permanently returned to their owners, A set of treasures from Senegal was included on the list of objects that the restitution report said should be returned immediately. France alone holds 90,000 sub-Saharan African objects in its museums. Gladly those objects found their way back home to where they belong, the entry ticket is not expensive at all and you can enjoy your tour up 6 pm which is the hour of closing. 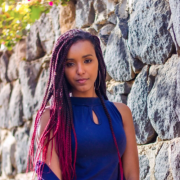 23 years old girl From Senegal who loves to read and write but also go out and have fun. Currently, a medical student and a freelancer whenever the time permits it.