The history and cultural symbolism in the South African flag seem to always amaze me. In school, I was taught the basic watered-down meaning of the colours of our flag, but not the explicit background and powerful statements made by the flying of our flag. As the only flag in the world with six colours, the accurate representation of our “Rainbow Nation’s” diverse mix of cultures and languages is suspended high as a symbol of new beginnings after the shackles of Apartheid.

1. Adoption of a post-Apartheid Flag

In 1993 a competition was held for a new South African flag. Over 7000 entries were received which were narrowed to six designs that were presented to the negotiating council. Unfortunately, none of the designs was chosen. A committee lead by the former State Herald, Fred Brownell was given a week to come up with a design for the South African flag. There was only one instruction given for the design of the flag… it needs to display unity. We can see this Unity in the ‘Y’ shape, which is symbolic of the convergence of Black, non-white and Indian people with White people. Fred Brownell’s team submitted the flag design which was approved by Nelson Mandela

Take a quick peek at the South African flag, you will notice a combination of blue, white and red which are common in European colours. This combination represents the British and the Dutch which were in power during the colonial era. Now I want you to look at the Green, Gold and Black, these colours are derived from the flag of the African National Congress (ANC) which liberated Black South Africans from white supremacy and discrimination during Apartheid. This combination overlaps to illustrate the separate nations coming together into a newly unified country.

3. Symbolic meaning of Black and White

Although Fred Brownell didn’t attach any official meanings to our flag, we have since attached symbolic meanings have which have recognised and accepted nationally since ’94. The black represents our Black, Indian and Coloured communities whilst the white represents the white communities as well as doubling as a symbol of peace in the nation.

4. Symbolic meaning of Gold and Green

The gold bands surrounding the black reflects the extensive mineral wealth of South Africa. As the biggest producers of Gold, Manganese, Chromite and Platinum as well as being one of the largest producers of many other minerals such as Diamonds, Coal and Titanium we embrace and show our mineral resources proudly to the world. Green symbolises the fertility of our land. The beautiful biodiversity of South Africa is one of our most humble gifts. We embrace this gift by adding animals and plants in our Coat of Arms, our money and using the school curriculum to teach younger generations about the importance of the natural environment.

5. Symbolic meaning of Blue and Red

Blue represents the sky above our country, it serves as a reminder to all Africans that we have endless opportunities and the freedom to chase success as Africans with no boundaries from colonial and segregationist powers. Blue also represents the two oceans that meet on South Africa’s west coast, these are the warm Indian Ocean and the cold Atlantic Ocean. Standing at the Cape Point you can literally see where the two oceans meet. Red on the other hand contrasts the peaceful and optimistic symbolism of blue. Red symbolises the bloodshed and sacrifices made by our ancestors and forefathers for our freedom.

We love our country so much that we want to display our national flag on everything we own but much of this is actually not allowed. I remember during the 2010 World Cup, my father had a flag covering his car bonnet, our house walls and just about any physical property he owned. At some point during his flag frenzy, he realised that absolutely no store sold table cloths, carpets or floor mats with the flag on them. This is actually because the flag is not allowed to be used as a table cloth, floor mat or something of the sort as this is demeaning to the flag and the country. Similarly, the flag is not allowed to ever touch the floor.

8. Traditional rules for the Flag

When displaying the South African flag amongst other flags, the South African flag must be hoisted first and lowered first. The flag can also not share a flagpole with another nations flag or organisational flag. One of the biggest rules that slipped past most of us is that when a person of authority is speaking the flag must always be on their right-hand side, or to the observers left. When the flag is no longer fit to be displayed, it must be disposed of in a dignified manner, usually by burning. Throwing the flag away is punishable by law.

In primary school, I always had confusion when drawing the national flag. I would often switch the blue and the red sides, even my kindest of teachers would yell how offensive it was. This is because when hoisted up the red needs to always be on top or to the left otherwise it means that our country has surrendered to the enemy. I spent the next week in detention drawing the flag the correct wayside up.

10. The flag must be taken down at sunset

The South African flag needs to always be taken down at sunset whether it is officially displayed or hung at home. The only exception to this rule is if the flag is well lit and can be seen clearly in the dark.

Our history and cultural diversity are well celebrated each time we hoist our flag, that is why we are so fond of celebrating the flag that brought Black, Indian, Coloured and White people together. 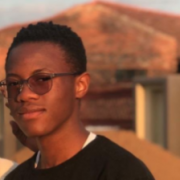