I never thought that I would end up working or living in China at all! We hear so many stories about it from the West that it did not ever tickle my fancy. Stereotypes crossed my mind even as I was signing the contract to teach English there, after having spent a year in Spain and making great friends. One of my friends went to China and told me that it was fantastic, and I went due to his one recommendation and referral to a training school. I did a lot of research beforehand, when preparing visa and medical documents and would advise anyone who would move to (or visit) Asia to do the same. Reflecting years later, these are the eight things to be aware of as a black woman (person):

1. Everything that glitters is not gold

A fact for every country in the world and even your home city. Be aware of the latest scams and tricks. At the time, the tea shop trick was prevalent. One or two young persons would charmingly approach you asking to practice their English, and as a good person, you agree. They would then invite you to a cafe to practice, and the menu would not have the prices. As you are chatting and drinking, more tea keeps coming. When it is time to pay, you might pay half or all and if you are not sure of the conversion or true prices, that is where you are scammed, as it is expensive and inflated. Later the café owner shares the profits with the scammers. By the way, tea is only a few GBP and not 100Yuan. Keep this simple conversion in mind: approximately 1 USD=6.50 Yuan, 1 EUR= 7.50 Yuan, 1 GBP= 8.50 Yuan.

It is a trust exercise but tries the street food and if you have time to translate things with the vendors, get translating! Apps like Baidu or WeChat would be of benefit to you learning, and building a relationship with cooks who are local to you. Black people do not typically eat from anybody nor everybody, and our standard of service may be high within our home that we may not trust certain areas. China is a chance on food- you need to bring sickness tablets anyway, use your nose and gut and try something new.

Ever felt that you were being watched? Here, you are. It is not even a question of “if,”- it is, “how many eyes are on me right now?” Your black beauty is recognised and seen. They stare unashamedly, get used to it quickly. I also found it important to not be the stereotype: China is blocked off from the world and their view of us stems from stereotypical media. Where I could speak to friends about culture, I would.

Are you Beyonce? Serena Williams? Who do you want to be? You will have people randomly ask and want a picture immediately, it is up to you to politely decline and probably still be photographed or go with it and pretend to be a celebrity. Just do not go and defame Beyonce or Jay-Z’s good name and blame it on us.

We should always protect our space and in large cities such as Beijing and Shanghai, you will use crowded transport systems. Even in summer, it will be sweltering, and you will be right under the next person just as in a New York subway or London underground tube. Here, is where you might want to be vigilant with the stares. I had people smile and laugh with me and point to indicate something to do with my hair or skin and then go right in to touch my braids or my arm. They truly did not know that this black girl glow was me. Our melanin is not a threat- but it is foreign and they are curious. Nicely swot like a fly, have a stern face and keep shaking your head disapprovingly. In friendship groups, this is easier to manage, in isolation it can be intimidating. Stand your ground, you are a black woman in China, and you have always been a black woman on this Earth.

6. Some friends are not for you

Make friends with Chinese people that are authentic to you and have some scope to broaden their horizon on your culture. Do not get close to those that seem to question your being or treat you nice and place you in uncompromising positions- such as taking group pics when you are out together and posting it online in Mandarin (mostly because you may not know what they are saying). You are already different, I would not want you to feel like a fetish or a freak.

It was so strange to be from the United Kingdom and have comforts like a sit-down toilet when you need a shopping break, to then go to squat toilets. It is exactly as you think, you squat to the hole in the ground and do your business then wipe up with your own tissues. Many older buildings will have this style of the restroom and no toilet paper- offices, markets and shopping centres. You can tell it is a squat style when outside the stall when you see a raised step to enter the stall door. Most major malls with Western stores have a mix of bathrooms to accommodate tourists and the older population.

You might have a whale of a time. The Chinese culture is rich with histories of dynasties and power; seaside cities await you for a short trip, Beijing’s Great wall is still not falling, and Shanghai has the latest Disneyland Park. I am still often asked, “Kirah, how was China?” I reply that it was a very international place: hard by myself but great for my personal growth and professional development! There are black people in China. You see them and gravitate to each other because you know what it is like and have experienced either end of the intrusion or, “I love this crazy culture,” scale.

I could live there again with friends and I would happily return for a solo holiday too! China taught me to be tough and love being a black woman. 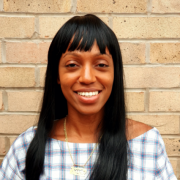 Kirah is a blogger, educator (special needs) and traveller. Her passion for seeing more of the world increased after qualifying to teach English to Adults (CELTA) where her journey began in Spain. She is presently on country 32 (of 25 independent territories) and is always ready to catch flights and experience new cultures.

10 Most Breathtaking Beaches in Jamaica