The show follows Samuel (played by Norman Beaton) and Pear Foster, Guyanese immigrants and parents of three teenagers Shirley, Sonny and Benjamin all living in a flat in South London. Created by Jon Watkins and developed by Norman Bear the show was inspired by the American TV show Good Times. Samuel Foster is portrayed as an honest man trying to elevate his family, often against the odds. The show was one of the first British television programmes to have an all-black cast. The Fosters is where Lenny Henry found his first regular TV role and he went on the starring in his own TV show the Lenny Henry Show. The show commented on the condition of black families in the 1970s, but many felt the show took part in black stereotyping.

The award-winning comedy follows Peckham’s most inept barber is Britain’s most successful black sitcom. Created and co-written by Trix Worrell, a St Lucian born writer who lived in Peckham. Worrel won Channel 4’s debut writing competition and has been invited to meet the show’s producers to discuss the idea of a new black sitcom. When first pitched the show was considered a high risk competing with another black comedy The Fosters and comedies set in salons mainly featuring women. Set in Peckham, London with a predominantly black Guyanese cast the show was the first of its kind to be produced in a workplace giving the viewers a taste of black family life. The show has a unique method of team writing, raising the profile of writers such as Michael J. Elli who later worked on The Real McCoy, Worrell himself went on to become a film writer. Desmond’s became Channel 4’s longest-running sitcom with 71 episodes. Since the end of the show in 1994 reruns have been aired in the UK and the US. The show was even included on the best-of-British-TV segment of his 2012 Olympics opening ceremony video clip by Danny Boyle. The sitcom is available for streaming on Netflix and Channel 4.

The Real McCoy was a sketch show intended to highlight the black British perspective through music and sharp comedy. It was one of the first UK sketch shows to feature predominantly black and Asian talent. The show was very successful, quickly reaching audiences of 5 million. Its popularity attracted many famous guests such as Ian Wright, Frank Bruno and John Barnes. Following the show’s success, many of the lead stars went on to create and star in their own show such as Felix Dexter on TV, Douglas and The Crouches. The show was temporarily on BBC iPlayer last year after years of campaigns calling for its return.

Starring Lenny Henry and produced and written by Peter Tilbury based on an idea by Henry himself. Henry plays Gareth Blackstock a talented, arrogant chef who insults staff and customers. Blackstock’s traditional French cuisine is served at a restaurant with a two-star Michelin rating in the English countryside. Blackstock’s quest for perfection and empathy towards others has left his restaurant on the brink of bankruptcy so his wife decided to buy it and help manage the restaurant. This negatively affects their relationship and family life. Lenny Henry’s performance was extremely well received. The show is available for streaming on Britbox and Amazon Prime.

The Crouches takes an intimate yet humorous take on the trials and tribulations of a family living in Walworth, south-east London, childhood sweethearts Roly and Natalie as they raise their two demanding teenagers with live-in parents. The Crouches found themselves with three generations living under the same roof. Comedy was found when basic daily tasks proved difficult due to conflicting opinions. The show attracted an average of three million viewers. But many felt the show didn’t take the right approach to racial stereotypes.

Meet the Adebanjos is a family-based Nigerian-British sitcom produced and created by Debra Odutuyo and Andrew Osayemi. The show follows a Nigerian-British family based in Peckham. Bayo Adebanjo struggles to instil his African values on his modern British family. The show started as a self-funded web series but quickly became a global hit, being shown in Nigeria, Ghana, South Africa and Uganda. Meet the Adebanjo’s has gained a devoted African British following and is currently the UK’s Number 1 British African Sitcom. The show is available for streaming on Netflix.

Chewing Gum is a sitcom/sex comedy created by and starring Michaela Coel. The show follows Tracey Gordon a London based 24-year-old shop assistant who is a restricted religious virgin but wants to have sex. As Tracey becomes more confident, her adventures become increasingly wild such as parties and drugs. Coel’s inspiration for the show was her play Chewing Gum Dreams. Coel uses absurdist humour and situations to subtly tease out questions about race, class and gender.  The show earned Coel a BAFTA for Best Female Performance in a Comedy and Breakthrough Talent. The show is available for streaming on Channel 4.

Developed and co-produced by Gary Reich’s Brown Eyed Boy Productions and Idris Elba’s Green Door Pictures, the eight-episode comedy aired on Netflix in March 2019. The show follows Charlie (played by Idris Elba) who is a struggling DJ. He has a chance at success when he becomes a babysitter to his famous best friend’s problematic daughter Gabby (played by Frankie Harvey.) Craig David also makes a cameo in the trailer as a guest at one of Charlie’s gigs but leaves when he finds out Charlie is nanny to a feisty child. Unfortunately, Netflix decided not the renew Turn up Charlie for a second season, but the first season is still available on Netflix for subscribers. Idris Elba took part in a fun video for Netflix, during which he picked several songs to set the tone for a weekend. In his personal life, Elba is passionate about music and performs in real life under the title Big DJ Driis.

In the last few decades, it has become clear the British TV industry has benefited from black British creativity. Naturally, our stories find themselves in dramas or anthologies. But there is no limit to black British excellence and creators will keep pushing boundaries. Black British comedians can be found across social media and on our TV screens without the need for a TV series so there is no predicting what the future can hold for black British comedy. 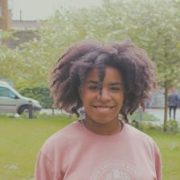