Of course, like many of my friends also echo,  when someone generally asks and out of curiosity, What is your country of birth? As soon as you say Barbados, you are also engaged to verify, if this is same Barbados – as in “Rihanna’s Barbados” – and naturally you say – Yes it is… There is no measure of doubt that her popularity supersedes her and she also carries her country with her as well. She is always sure to rep her country, but, along with Rihanna topping the list, there are Barbadian Singers that are popular both on and off-island and that their countrymen are naturally proud of them as well. In this instance, it has been a challenge to narrow such a wide field to just 10 Bajan Singers.

A quick poll among a few persons from school children aged to retired persons have highlighted a few, and here goes:

Mahalia, widely known as the lead singer in the band Two Mile Hill which rebranded from Nexcyx, is one that immediately jumped to the top of persons’ mind. Her effervescent personality is one which she exudes even during performances. Having toured extensively she also draws on her background as a dancer to execute her routines effortlessly. She is also the host of the widely popular Mahalia’s Corner, which also features her vocal delivery and, simultaneously provides a platform for upcoming Bajan Singers. Her recent hits such as “Run It”, “Talk To Me” and “Big Love” continue to trend well, and infuses her pop hip-hop stylings with soca. Just in December 2020, Mahalia added to her portfolio her newly published book #Bajanisms.

More popularly known as Emile, he was knighted in 2019 and is recognised as one of the most well known Barbadian Singers. His most popular song Beautiful Barbados, is one of those pieces that bring Bajans together under any circumstance. Having written more than 500 songs, Emile has performed along with his band The MerryMen from Superbowl XIII, Royal Albert Hall, Trafalgar Square, and Ontario Place to name a few. For more than four decades Emile, one of Barbados’ popular singers performed in over 20 countries across four continents placing Barbados on the music scene.

Shane Atkinson, more popularly known in the community and region as Stiffy or Stiffy Star Quality, is one of few Bajan Singers who continually repositions himself as a consummate performer.  Having worked with him on a few performances projects his ease of delivery both on and off stage is supported by his reserved yet approachable personality. Stiffy has defended his Bashment Soca Crown in the local National competitions and also against some of the top Regional Caribbean Bashment Soca Artistes as well. With songs such as “Tek Off Something and Pelt It Way” this is one piece every time he has performed it even on the North American Continent, that has engaged the crowds to actually “remove” (tek off) things such as Wigs, Shoes, Ties, Belts and similar and throw into the air, all in a massive frenzy. Under his belt, Stiffy has been part of the Barbados National Contingent to Carifesta, as well as collaborated with Machal Montano of Trinidad and Tobago, and has been part of the Bajan Invasion to Toronto. Experimenting with both Reggae and also Calypso, Stiffy knows how to spit lyrics to get the audience grooving. When you have a moment listen to his humorous piece “Carry My Sheep In Town”.

While asking a few friends and associates which Bajan singers they thought should be absolutely included in this first list, quite a significant number of them said Philip 7. The next bit to be mentioned in the same sentence was his intriguing song “Beautiful Surprise”. Often he states that seven is his lucky number, and Philip 7, real name Philip Scantlebury, is the lead singer as well as a songwriter in his band Masala. Sometimes you can hear him jamming with just his guitar. The musical dreadlock specialises in the genres of Rock, Soca, Pop and even the soulful R&B. This Barbados Music Award winner, worked alongside the writers at Sony/BMG, and knows how to position himself to work with even upcoming UK singers and artists. “Blame It On Love” which is another of his original work has continued to trend as he knows how to intersperse his original work while doing the International music chart covers.

Dr. Stetson Wiltshire (RPB) recently received his honorary doctorate from the University of The West Indies at Cave Hill. This well-deserving accolade was applauded by the many who attended as the list of songs for which he is widely known seemed endless. For some persons, they know him for his piece, “Roller Coaster” where quite a few cruise lines used in their Caribbean night themed parties. Meanwhile, “Boat Ride” took the Barbados Soca Monarch, by storm, and “Ragga Ragga” is quite widely popular even as far as across Asia. The pieces did not end there as “I’m Alive” still makes people jump to their feet while the heart pumping “Spontaneous”, “Something’s Happening” and “Volcano” have been included in all forms of entertainment.

His easy-going personality, smile and charm exude his confidence in this writing style as he is also sought after to pen a few songs for many, and this is from ballad right through to pieces with tempo. He sings not just the party music, but the social commentary songs also remain relevant even to today’s issues. Often as a lighter moment – I always remind RPB that he has to now “go green” to become more environmentally friendly.

Even though she is British born, Barbados has claimed and identified her as one of the top Bajan Singers, and many times persons are often reminded that she is the Bajan Queen and even the Caribbean Queen of Soca. Alison is still able to pull large audiences with her effervescent voice and remind them of her dominance as a singer especially with hits such as Faluma, and Roll It Gyal.  The Iron Bazodee (double entendre on iron), was resurrected recently for a little showdown between Alison and Trinidadian Patrice Roberts, and my gosh you should have seen how it had the audience, in a sweet soca frenzy and dancing sweet sweet. Alison who today still has a warm and infectious personality has merged her singing and stage presence with acting in movies such as in the film Umthetho Ngumthetho: The Law is the Law, as well as in the film Joseph. Even today Alison can still command a wide audience.

When the show lineup was marketed to say, “…Caribbean’s top musicians to celebrate the first black woman US Vice-President…”, there had to be a Bajan singer included of course!!! There was no one other than our very own Edwin Yearwood, with his soulful rendition of “I Am” as the tribute song. Whenever he performs, he is so often asked to include or “taste” his hit song “Pump Me Up”. Edwin has delighted and garnered new fans every time he performs as he hits those jaw-dropping notes that tantalises the ears. This is complemented with Krosfyah the band, who every Christmas and Old Years Night, can be found as a headline act on foreign soil. Having done quite a few Carnival events, he has quite a number of awards from Party Monarch to Road March to Music Awards to name a few and even having been awarded the honor of the Keys to Boston. When Edwin crossed the musical language barrier with his french influenced hit piece, “Sak Pasé” the neighbouring territories particularly those who spoke french patois loved it. Edwin who was signed to VP records is known for his keen exclamation of “Oh Gawsh”, which he even turned into a hit song. A brilliant characteristic with Edwin or as his band and audience also calls him “The General” also works to provide opportunities to the upcoming youngsters in the music space.

Trinity Clarke is emerging as one of those popular and young (still in secondary school) Barbadian singers. Coached by her mum, Kareen Clarke who is a former Caribbean Song Contest Winner, Trinity’s big voice grabs your attention from the get-go. She has already copped the Gospel Flame Awards and is one young lady that infuses the Barbadian genre of Spouge into her singing while being widely known on the gospel scene. Trinity who sings “God Is Good” has already won gold and silver medals in the World Championship of Performing Arts – California. Her powerful voicing is delivered in a recent multi-artist collaboration of “This Is Who We Are” which was used in Barbadian patriotism. Trinity is for sure one to watch.

Leo MacDonald Blenman is very widely known as The Mighty Grynner, and when you hear his signature voice, you know that you will be sure to break into a smile. Having a conversion with Grynner recently, just on the outside of a convenience store, was such an experience. The number of persons who passed or drove by and shouted to the top of their lungs “Grynner” or more so “Grynna” were too numerous to mention, and furthermore – he answered every single one with his characteristic voice and laugh. His hit songs “We want more Grynner” and “Take Me Down The Road” have all been immortalised as he now has a major Highway named in his honor. Some of the other younger artistes have taken the opportunity to remake his songs, and tailor them to different audiences, however, they have been unable to copy his dance moves. Be sure to listen to his “Mr. T” popular in the over 50’s audience or “Turn Up The Speaker” for those who are 30-something in age. Mighty Grynner is one Barbadian Singer that when you meet him, you would be in stitches from the introduction, and at some points, he would even likely break into song.

When you say Rihanna, you inevitably would hear Barbadians especially ask, What about Shontelle? Shontelle, not even seen as a rival to Rihanna but a comrade and friend, (as they also went to school together) has become just as popular in her own right as a Barbadian Singer. There was a really proud moment when Shontelle teamed up with Beyonce at one point in her career.

In fact, her song Battle Cry chosen for Barack Obama’s election campaign was over the top, and all the while her song T-Shirt, a post break up song, was reaching No. 6 on the UK Charts. Many would even say that there was a good teaming up between Shontelle and Rihanna at one point, meanwhile very few people actually realise that Soca Queen’s Alison Hinds’ song “Roll It Gyal” was in fact written by Shontelle. When you then contrast this piece with Stuck With Each Other, you wonder if this is the same person, as sometimes she sings the high energy music and then almost in a flash, converts to a ballad or pop vocalist. A quick listen to her song Impossible which has had more than 193 million views, gives you a taste of her vocal mastery. Yes, it was Shontelle who sang this before it even became more popular as a song in various competitions. Yup, she still reps her strong Bajan background and when you can, do have a listen to her singing Put Me On Blast, Just Breathe or even Remember Me.

It has even been a challenge as we can consider this as just part one to an extensive list because surely you can follow the likes of Rupee, or Cultural ambassador and icon The Mighty Gabby, or even Damian Marvey, Nikita, John Yarde or Paula Hinds just to name a few. 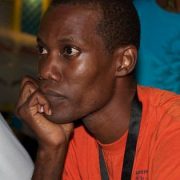