It’s no secret that black British singers are the juice of the UK music industry. It took a little while, but recently, they have begun to be recognised in the UK music scene. Before now, they were only used to spice up songs made by white singers. Their soulful voices were heard in the background but were never recognised nor credited.

This made earning a spot in the industry almost impossible for black British female singers. Marked with sexism and racism, the industry forced them to work ten times harder to be seen and heard.

Born on the 3rd of April,1985, Leona Louise Lewis is our first pick of the best black British female singers. She is an R&B, pop, and soul singer. She is also a songwriter, actress, model, and activist.

Leona Lewis rose to stardom in 2006, when she won the 3rd series of the X-Factor. Since then, this iconic singer has gone on to achieve many other amazing feats.

Leona Lewis has released three studio albums and 10 singles, four of which became No. 1 in many singles charts. With 33 awards and 61 nominations, Leona Lewis has no doubt found a place in the music industry.

She had her first taste of mainstream success after the release of her single “American Boy” featuring Kanye West. This earned her two Grammy nominations and eventually a Grammy award in 2009.

She has gone on to collaborate with musical icons like John Legend, Will.I.am, Rick Ross, Chris Brown, etc.

This 32-year-old singer, songwriter and actress is another top black British female singer. Alexandra Burke took her shot at fame when she won the fifth series of the X Factor in 2008.

After this victory, Burke released her winner’s single “Hallelujah”. This sold 105,000 copies in one day and became the European record holder for single sales in a period of 24 hours. By January of 2009, it has sold over one million copies in the UK alone.

Her debut album Overcome was one of the most successful albums of the year in the UK. It fetched her 3 BRIT Award nominations. Since then, Burke has released two more albums and won 10 awards.

Jamelia Niela Davis is another black British female singer that holds a spot on our list. Beginning her professional musical career in 1999, Jamelia has so far released three studio albums.

Each of her three albums reached the Top 40 in the UK. She also released numerous successful singles, inclusive of “Superstar” which charted at No. 3 on the UK Singles Chart. This same single charted No. 1 in Australia and was later platinum-certified.

Her successful ten-years musical career earned her 10 awards and 16 nominations. Since 2009, Jamelia has focused on filmography, TV shows, documentaries and presentations.

Who would ever forget the soulful voice of Dame Shirley Veronica Bassey in a hurry? Born in Cardiff, Wales in 1937, Shirley Bassey enjoyed global fame only a few black British singers enjoyed.

She is the first Welsh person to secure a No. 1 single in 1959. In her 60 years musical career, Shirley Bassey’s albums sold about 135 million copies. She is also famous for recording the theme songs of three of James Bond films.

In 2000, she entered the Guinness Book of Records as the Most Successful British Female Singer. With multiple awards and nominations, Shirley Bassey is no doubt one of our top black British female singers.

Our next best black British female singer is Adele Emily Sandé. This Scottish singer and songwriter rose to prominence after she was featured on the Chipmunk track “Diamond Rings” in 2009.

Her debut album Our Version of Events was No. 1 for ten non-consecutive weeks. It recorded over 1 million sales and later became the best-selling album in the UK in 2012. So far, Sandé has won 21 awards from 56 of her nominations.

In 2012, Sandé performed in the Opening and Closing ceremonies of the London Olympics. She was also appointed a Member of the Order of the British Empire (MBE) in the 2017 Birthday Honours.

One of the youngest black British female singers to grace our list is Jorja Smith. Just 23 years old, Jorja Smith has been able to accomplish so much in her four years of musical career.

She released her debut studio album, Lost and Found in 2018. This rose to No. 3 on the UK Album Chart in a short while. At the 2019 Brit Awards, Jorja was named the Best British Female Artist.

So far, Jorja has won four awards from her nine nominations, including Grammy Award nomination for Best New Artist.

Ella Mai was first spotted at the 11th season of X Factor in 2014 where she auditioned with a trio. However, it was the four-track solo EP of originals she uploaded to SoundCloud in 2015, that announced her.

American record producer, Mustard had discovered these songs on social media and signed her up to his label, 10 Summers Records. She released her self-titled debut studio album in October of 2018.

Since then, she has released 3 studio albums and many EPs. In just 2018 and 2019, Ella Mai has won 11 awards from her 26 nominations, including a Grammy award.

This 41-year-old British singer and songwriter is our next pick of the best black British female singers. Corinne released her premier studio album titled Corinne Bailey Rae in 2006.

Her song debuted at number one, making her the fourth female British act in history whose song ever did so. In 2008 and 2012, she won two Grammy Awards, plus nine other awards and over 30 nominations.

Her first two albums have sold over five million copies worldwide, while her third album debuted at No. 2 on Billboard’s R&B chart.

Lisa Stansfield captured our hearts when she won the singing competition, Search for a Star in 1980. Her debut album, Affection released in 1989 sold over five million copies. She later went on to release seven more albums and 44 singles.

In 1999, Lisa kickstarted her acting career when she featured in Swing and other movies. She was ranked as the 46th most successful dance artist by Billboard magazine in 2016.

Lisa Stansfield has won 38 awards and over 55 nominations. Still waxing strong at 52, Lisa released her most recent album in Deeper in 2018.

Against all odds, these black British female singers have charted their own course in the UK music industry. Prevailing against racial marginalization, they have made a name for themselves.

As a result of there encouragement, many more black British singers are rising from obscurity. So do well to look out for them. 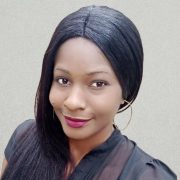