Photo by Clem Onojeghuo on Unsplash

A couple of months ago, two of my cousins from East Africa came to England to visit my family and me. Naturally, after the initial excitement had cooled down, the girls went out in the backyard to talk about, you know, girl-stuff. As it turns out, they were both looking forward to dating Black British men during their stay here.

As we talked about the dating scene, I realized that my friends and I had overlooked certain aspects of our dating lives. Of course, dating white British men and Black British men was different, but neither of us had given much thought to it. Now, here’s the thing. Just because you are black and the person you want to date is black doesn’t mean you have identical influences or cultural backgrounds.

Before you date a black British, you must be aware of the cultural differences between you and them. For example, depending on the culture you’re from, you might say the words, ‘I love you, sooner than expected. In some cultures, saying these words may allude to the person saying they like you rather than referring to a romantic attraction.

Or, you may come from a culture where marriage is the goal of dating. Whatever culture you’re from, be clear about your intentions and your needs beforehand to avoid confusion. A great way of learning about a potential date’s culture and what they believe in would be to ask. This way, both of you are clear from the beginning.

There’s nothing as unattractive as someone that’s trying to be what they’re not. So you find British slang interesting, or the accent sexy. Leave that for the British and own who you are. Even if the guy you’re into is used to a different experience, there’s no reason why you should downplay what makes you, you. In the end, you are both human and black- just with different experiences and accents.

It would be best if you were careful of what you say about other people and their experiences. Just because you are from the motherland doesn’t make him ‘less black’. Or, just because you’re from the Caribbean doesn’t mean that he has a horrible taste in music.

Sure, he’s got locks, and the reason he has them could mean something different from why people in your country/culture have them. It’s not fair to associate something about him with the negative feelings you’ve developed. Keep in mind that he has most likely experienced racism, so it wouldn’t make sense for someone he considers ‘similar’ to bash him, too.

As I previously mentioned, Black British men have likely experienced racism. By being black, you probably will, too. As a result, it might help if you suggested dates in black-owned businesses or venues where both of you would be comfortable to be yourselves. I’m not saying there aren’t any white-owned venues that wouldn’t be happy to host you. But, it’s better to feel a sense of community as you get to know each other.

Understandably, we may not know much about other people who look like us yet come from different backgrounds. However, one of the most vital things to remember is that we shouldn’t allow ourselves to be held back by the stereotypes we’ve heard or the concepts we’ve formed for other people.

Of course, there may be stories we’ve had from friends and loved ones about black British guys, but that shouldn’t hold you back. Remember to leave your pre-judgements and prejudices at the door and adopt an open mind when getting to know someone.

Dating black British men is like experiencing a new culture. However, don’t let the experience intrigue you so much that you forget to show him who you are. When you’re dating someone, you both must come from the experience feeling like there was a connection. Sharing who you are will help your date not feel like they’re in an interview when you ask questions. Also, letting your date know more about you will contribute to great conversation.

7. Do a Little Research

Before you date a black British guy, be prepared to do a little research of your own. It’s okay to read up on your date’s culture before entering a relationship so that you don’t end up asking questions that would make the situation awkward. For instance, if you’re from the Caribbean or Africa, remember that holidays such as Easter are celebrated worldwide unless it’s a non-Christian country. If he was born here and his parents are from a different culture, try and find out what you can about it.

Just like other Brits, black British men aren’t reserved. Refrain from trying to communicate using subtle cues. If you need him to know something, be prepared to say it as directly as you can. If you pretend not to be interested, he will take it and move on real quick. If you’re at a bar and see someone you like, be open and show some interest so he can come over and strike up a conversation.

9. Allow Him Some Independence

Maybe in the country you are from, the men don’t mind getting told what they should do. Well, in England, things are a bit different. Black British men love their independence, so you should try and keep off statements that start with, ‘you know what I think you should do…?’

Black British men can be a little prideful, and you might end up experiencing some backlash in the form of a sarcastic remark if you try to control them. If you aren’t dating yet, wait until it’s official to start making suggestions about the choices he should make.

10. Football is in His Blood

The English Premier League (EPL) football is a pretty big deal in English culture, and it’s not just something they follow- it is ingrained into their way of life. If he says he’s going to the pub to watch his favourite team play, give him space. If you can, get on board with it, but don’t tell him that he can’t go.

By now, you’re a little more prepared to date the black British man you’ve been eyeing. While all the information I’ve provided might seem like a lot to remember, the most important thing is to put yourself in his shoes and ask yourself, ‘what would I prefer someone to do?’. Lastly, remember that he might be as anxious or nervous as you are, so go with the flow. 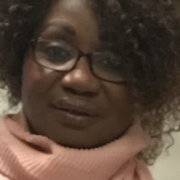 Dorothe Dano is a cybersecurity expert, freelance writer, blockchain enthusiast and philanthropist. When you don’t find her coding, you would find her writing or reading about interesting topics in politics, lifestyle, energy and cryptography. She’s passionate about climate change and the devastating effect of greenhouse gases on the environment. She’s on the board of AceNorm as an Adviser. AceNorm is a scholarly platform for anything writing.